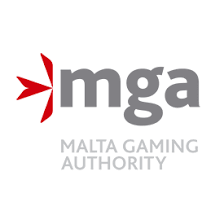 Malta is a Mediterranean island state located approximately south of Sicily. As one of the EU’s smallest member states, it has established itself as a European hub for gambling and financial services. Since 2001, Malta’s online gambling industry has developed significantly, accounting for more than 12 percent of the country’s GDP. MGA-licensed casinos are featured here.

The Malta Gaming Authority (MGA) is the local regulatory authority in charge of all land-based and online gambling in Malta. Through its online gambling licences, it also functions as a global remote gaming operator. They issue licences to gaming providers with the goal of ensuring a safe and controlled environment for gamers both within and outside the country’s boundaries.

The Latest Casinos Licenced by the Malta Gaming Authority

The ultimate authority for European casinos in Malta. The majority of large casinos have headquarters or at least offices there, and the MGA licence is regarded as the entry point into the European market. Some MGA-licenced casinos that we have reviewed recent are listed below.

Features of the Malta Gaming Licence

The Malta Gaming Authority grants four types of licences based on the needs and objectives of operators. The four classes are as follows:

Whichever of these four possibilities a gaming operator wants to pursue, they must first go through a rigorous application process. The MGA works hard to determine whether they match the necessary standards before issuing a licence.

Applicants must be able to provide evidence of the following:

The MGA also constantly supervises operators to verify that all necessary safety checks are in place. These safeguards are intended to keep minors or problem gamblers from using their services.

Responsibility of the Malta Gaming Authority

As a regulating organization, the Malta Gaming Authority has various tasks. Their primary areas of operation include the following:

The MGA strives to improve its reputation for providing a safe and secure playing environment by engaging in the aforementioned activities.

How to Tell if You Are Playing at MGA Licenced Casino

Players can limit their risk of fraud or identity theft by playing at a licenced MGA casino or sports betting operator. They’ll also know that the games they are playing have been independently evaluated and proven to be fair.

The footer text and logo area are the easiest places to look for indicators of an MGA licence. Players should be able to see some writing and possibly a logo here indicating that the gambling operator is MGA-licenced. The site should say “licenced and regulated by the Malta Gaming Authority under licence…, followed by the licence number.

If there is any doubt about the authenticity of the MGA licence details displayed on a gaming site, it’s best to consult the official licence register. On the official MGA website, interested parties can search by licence name, authorization status, URL, or Gaming Service.

Any operator with an MGA licence can considerably profit from the trusted position that it confers on their brand. Licences awarded in Malta are equivalent to those provided in Gibraltar in terms of covering players from countries that don’t have their own formal gaming licences.

Financially, the low gaming licence fees and taxes are a key draw for gaming operators looking for an EU base. Corporate income rates for corporations can be as low as 5 percent. The fact that gaming operators in Malta are only obligated to pay taxes on revenue generated by Maltese consumers is a huge benefit to them.

Customers that gamble gain as well. They can play with confidence, knowing that the MGA licence ensures the fairness of any game of chance through independent testing. The MGA provides some protection to players by requiring operators to follow tight criteria about responsible gambling and fraud.

Furthermore, the Malta Gaming Authority ensures that any provider seeking a licence completely isolates its player funds from the rest of its operations funds. This is particularly encouraging for gamblers because if a new casino or sportsbook goes out of business overnight, their monies should be safe.

One of the most serious threats to the MGA at the moment is the country’s reputation for fraud and corruption. Several high-profile occurrences in recent years have highlighted a mafia-style element operating in Malta. The MGA has attempted to disassociate itself from these controversies, but it remains deeply connected with the Maltese government.

External pressures such as the EU, which is aiming to strengthen its anti-money laundering and financial services legislation, pose further concerns. Any future changes in EU regulation could limit the MGA’s ability to function as a worldwide gaming regulator.

Other countries are already taking steps to tighten rules on their domestic marketplaces and may block sites that use the MGA licence.

Complaints Against the Malta Gaming Authority

Some critics of the MGA have said that it has historically been slow to examine licences and follow up on complaints. However, as gaming restrictions tighten in many international markets, the Malta Gaming Authority is continually working to improve its efficacy.

If players believe they are being treated unfairly by an MGA-licenced online gaming company, they can file a formal complaint. In most circumstances, they’ll advise a player to try to settle the matter directly with the operator. If this fails, the MGA may intervene to investigate the problem and seek a swift resolution.

MGA-licensed casinos are featured here. Read all about MGA and the license and find yourself an MGA casino.